Welcome to the PACE Academy Trust

Following Chipstead Valley Primary school's highly successful Ofsted in 2013, governors were approached with a request to become an academy and form a Multi-Academy Trust in order to take responsibility for a local school in difficulty. Both governors and the school's leadership team felt that the school had the capacity to make a difference and therefore a sense of 'moral purpose' led to agreement, and the Trust was formed. The new trust became the sponsor for Wattenden Primary, which re-opened in September 2014 as New Valley Primary. The Trust expanded to three schools in September 2016, taking responsibility for Beecholme Primary in the London Borough of Merton. Further expansion of the Trust took place in October 2018, when Keston Primary and Stanford Primary joined PACE Academy.

The core motivations behind the Trust are two-fold. Firstly, to make a positive difference for the children in schools deemed as failing and secondly to work with other good and outstanding schools to seek greater educational opportunities for all our children. The Trust hopes to grow to 6 schools by 2020.

To provide education and care of high quality in happy, inspiring environments, in which all children and adults are valued and encouraged to succeed.

We achieve this by working in close partnership, across our schools, and at all levels, in order to develop and share best practise.

We recognise that whilst we do many things together, each school has its own ethos and identity,. This is greatly valued by all.

The following are the principles that guide our approach:

We are committed to ensuring that every child is included and cared for.

We believe cooperation and partnerships are fundamental to improvement.

We respect ourselves and each other.

We are dedicated to the pursuit of excellence in all that we do.

New Valley is a one form of entry school in Purley. The school is proud of its reputation for great care and the progress the children make during their time at there. 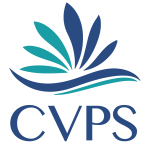 Chipstead Valley is a large, thriving and highly successful school in Coulsdon. It has a new nursery and has recently completed major expansion works, allowing for its growth to a three-forms of entry school. The children benefit from extensive grounds with playings fields, woodland and large outdoor learning areas.

The school has an 'outstanding' Ofsted judgement

Beecholme is a one form of entry school in Mitcham. It is located at the heart of culturally rich and diverse local community. It is proud of its sense of family and terrific SATs results in 2017.

Keston Primary is a thriving, popular two form entry primary school with a nursery in Old Coulsdon.  The children have access to many excellent resources, including a field with a track and a swimming pool, which enable the school to offer a rich and varied curriculum.

Stanford Primary is a one form of entry school in Mitcham with a large, green site including a gated woodland area. The school enjoys warm and close relationships with the surrounding community and our children. We are proud to offer strong pastoral support to our families.

The school has yet to be inspected.

Incorporating our core values, each school in the Trust works with its stakeholders to identify a shared vision. This vision is described through our four pillars of 'Standards & Achievement', 'Care', 'Provision' and 'Partnership and Community'.

Our exciting timeline of events so far

We use cookies to ensure that we give you the best experience on our website. If you continue to use this site we will assume that you are happy with it.Ok